Apparently a lot of people, judging by the emphasis placed on cover design by the experts at the Historical Novel Society Conference I attended recently in Oxford (UK not OH!). Famed Oxford Book Shop, Blackwell’s, had a stunning array of books by conference presenters and attendees on display in the reception area (which in my overwhelmed state I forgot to photograph) but here are some examples taken from promotional material created by and for the authors in attendance. 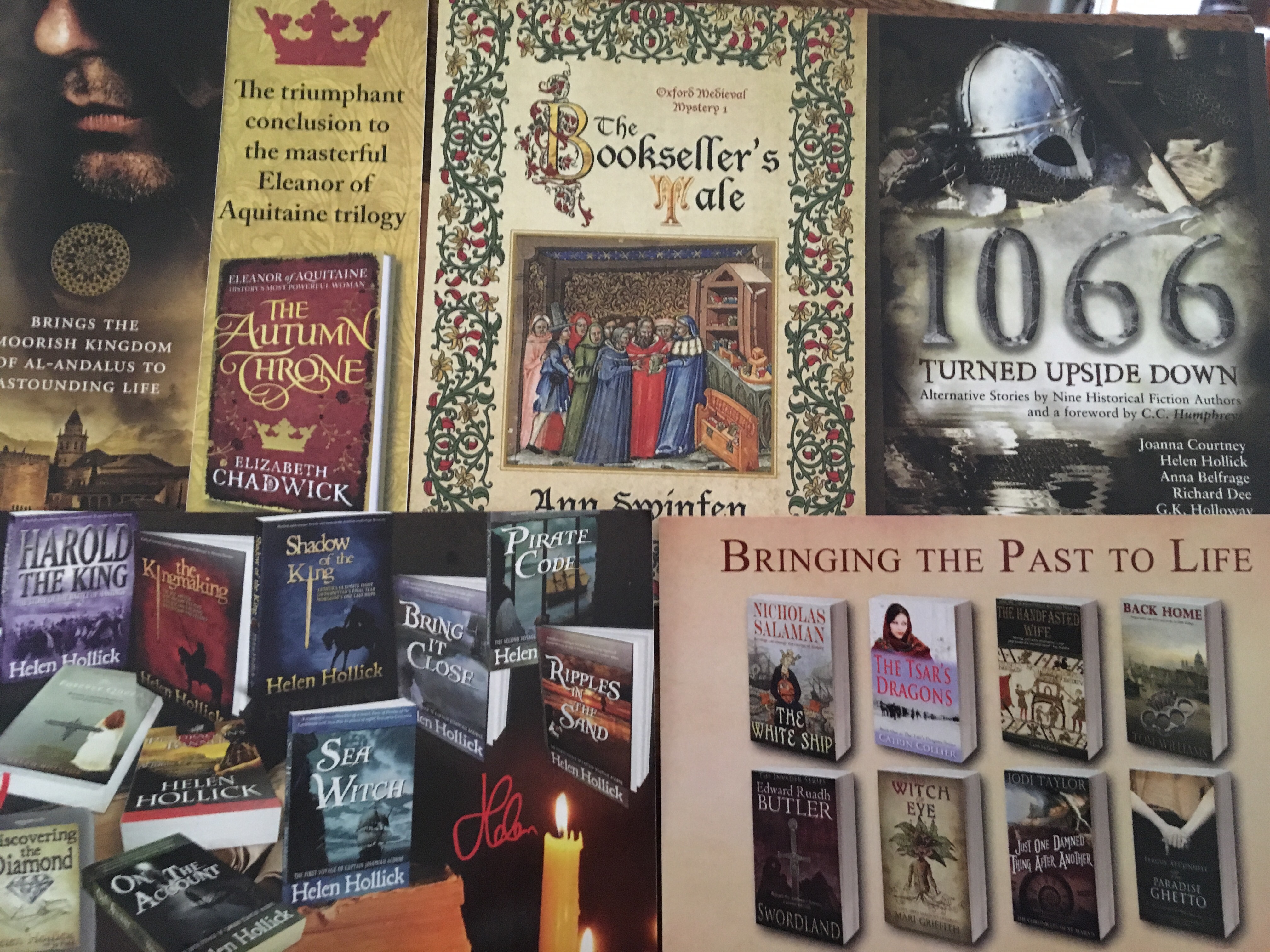 In this new era of self-publishing, hybrid-publishing, as well as the proliferation of independent publishers (so-called “indies”), authors potentially have far greater control over how their story is represented in promotional material and above all on the book’s cover, and so for example in a world where the publisher has total control over the production of your novel you might end up with a bodice ripper of a cover when in fact your story is about a a young girl’s descent into madness! As readers we’ve all experienced the resulting confusion, and for writers this is surely beyond infuriating. The downside of this new freedom is cost – in most cases the author pays for the design and usually editorial costs of publishing their book which closes this avenue to a lot of would-be published authors. Overall however the talks on this subject were upbeat, informative and encouraging. Independent publishing is here to stay. There are now many books on this subject but for a good summary of this emerging world I found this article helpful.

Just a few more general remarks about the HNS Conference – it was really thrilling to rub shoulders with so many historical novelist I have long admired, among them Margaret George, Elizabeth Chadwick, Tracy Chevalier and the multi-talented writer and broadcaster, Melvyn Bragg. Bragg’s latest novel Now is the Time about the peasants’ revolt of 1381 is a hell of a read by the way. But equally exciting was to meet a number of brilliant authors I had never come across before – C.C. Humphreys, Angus Donald, Jane Johnson and Sarah Bower whose book about the Norman conquest of England in 1066, Needle in the Blood, was riveting and deserves to be better known. What impressed me most about all these historical novelists is how deeply they are committed to doing the hard research that gives their stories a sense of authenticity. Tracy Chevalier, who writes both regular fiction and historical fiction (if the latter is not a contradiction in terms!), claimed that it takes her three times as long to write her historical novels because of the research involved.

Do you recognize the author behind Boudica’s attire? Some of the more exotic conference attendees – from 1066!
My next blog post (coming soon) will focus more on what was said specifically about historical fiction – a genre in its own right. In the meantime, for those who are interested in finding out more about this conference in Oxford read this article published in the Sunday Times Literary Supplement.

One thought on “Who can tell a book by its cover?”