Here is one who gets a lot more credit in both categories than he deserves thanks to the infatuation of the Victorians with the Crusades of the 12th and 13th centuries. Richard I of England, better known as Richard the Lion Heart (or Coeur de Lion in his native French!) is the only English king to be honored with a statue in front of the Houses of Parliament, implying some connection with that ancient institution, or at least the country it represents. Richard, although a great soldier (credit where credit is due) spent almost no time in his English kingdom, preferring his lands in France when he wasn’t half way around the world slaying “infidels,” while soaking his poor English tax payers to finance his crusade (not to mention pay his enormous ransom when he was careless enough to get captured). Oh well, the English have always loved a “romantic” figure!

Funnily enough, just around the corner, more or less tucked away, is another statue, the oft reviled Oliver Cromwell, the man who chopped off King Charles I’s head in 1649, abolished the monarchy, and the made himself virtual dictator of Britain for 11 years (which by then included Scotland and a bitterly rebellious Ireland). He was however pro-parliamentary democracy (at least rather more so than the late king). It just goes to show that the Brits, at least the Victorians, preferred their heroes to be “wrong but romantic” (Richard) rather than “right but repulsive ” (Cromwell) – to quote that hilarious mine of British historical misinformation, 1066 And All That) 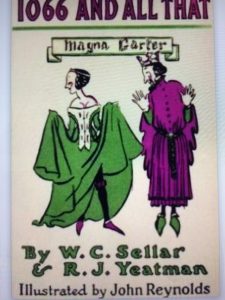