Ancient capital of Normandy. I was awoken this morning at 4 am by the sound of screeching seagulls. What are they doing here, nearly 60 miles from the coast, and at this hour? Then I thought of the Vikings stealing up the River Seine in their longships 1200 years ago, raiding, raping and pillaging  – and no doubt screeching too. Eventually tiring of this activity, these Norsemen settled down in places like Rouen around the first millennium and became the Normans. After about an hour the seagulls fell silent too and the sounds of dawn were taken up by cooing doves! And then sometime later the seagulls came back and other birds joined in the cacophony. It seemed to me a fitting choral commentary on Rouen’s turbulent history in the midst of what has sometimes been called “the cockpit of Europe.”

More romantically, Rouen has been called “the city of a hundred spires” (Victor Hugo) and indeed there are an impressive number of churches in the ancient heart of the city – 3 within paces of our hotel: the Cathedral, the equally impressive church of Saint Maclou and Monastery of Saint Ouen, all stunning examples of flamboyant Gothic architecture. 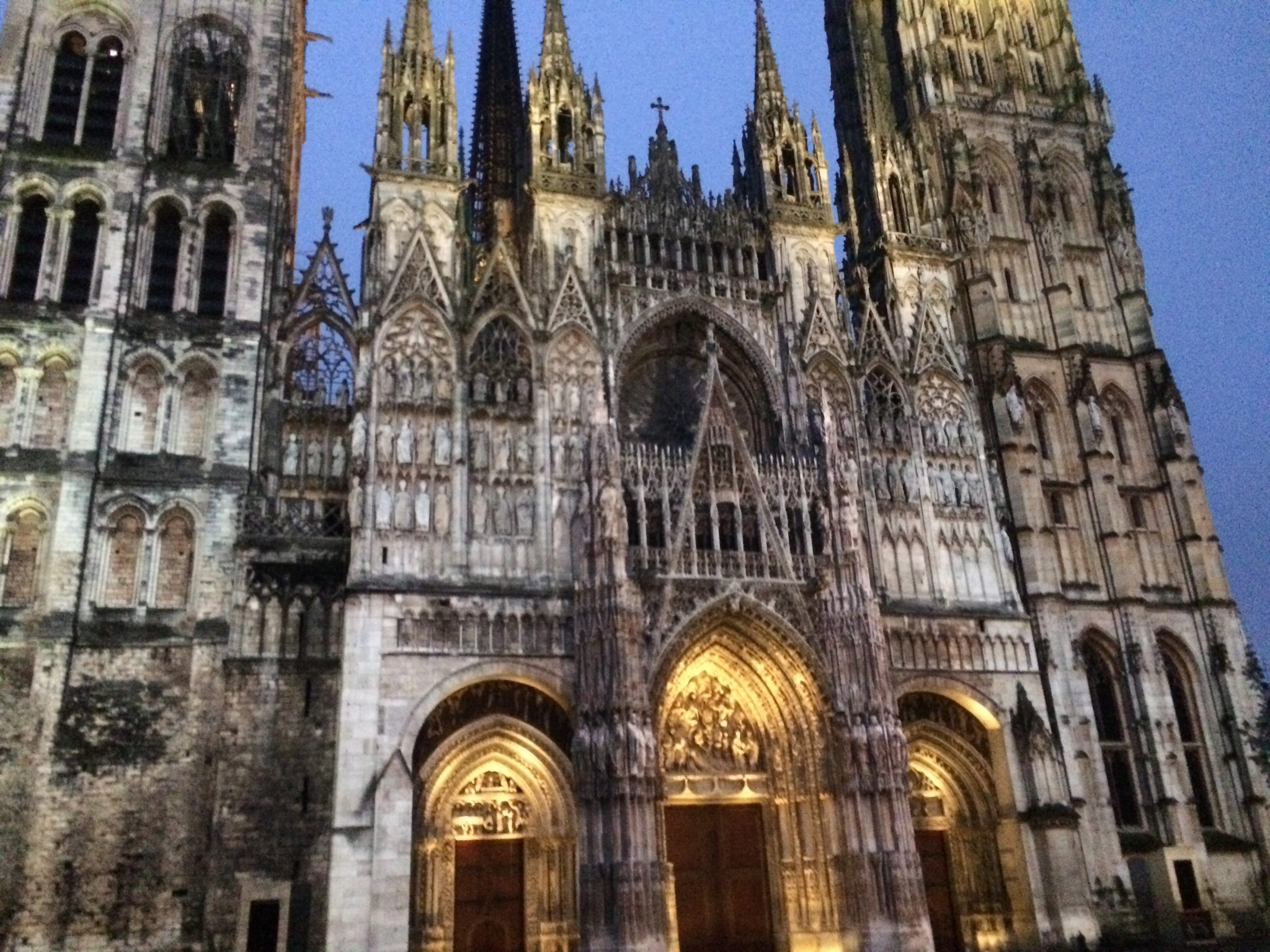 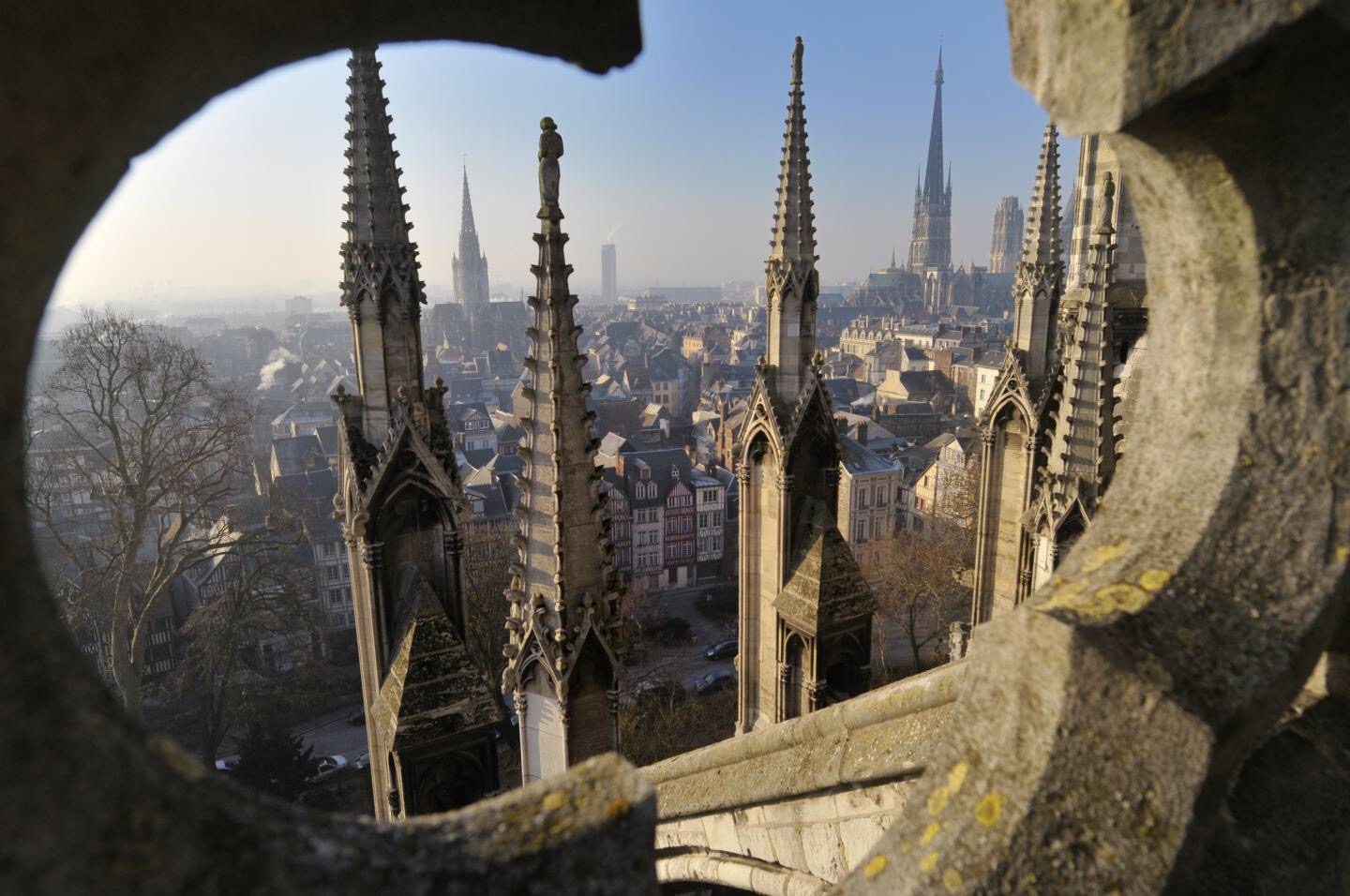 Photo of the spires courtesy of www.groupement-fle.com

Clearly the “Rouenais” of old were dedicated churchgoers, though not necessarily the most devout Christians.  The “Butter Tower” (seen at the right of the Cathedral photograph) was for example built on the money collected by the Church from citizens who paid for a dispensation to eat butter during Lent – a sacrifice that clearly few prosperous Rouenais were willing to make judging by the magnitude and magnificence of the Tower!

It is somewhat ironic to be starting a pilgrimage in a city better known for its commercial prosperity and war-torn history than as a pilgrimage destination.  To be successful in the pilgrimage business, you had to have a great relic – the bones or possessions of a great saint or martyr.  Eventually of course Rouen had both a saint and a martyr in Joan of Arc whose name even today is celebrated in every city in France.  But in 1431, the year this 19 year old peasant girl was burned at the stake in the old Market Place in Rouen, the great age of pilgrimages was all but over.  Tomorrow’s blog will be all about this remarkable young woman.