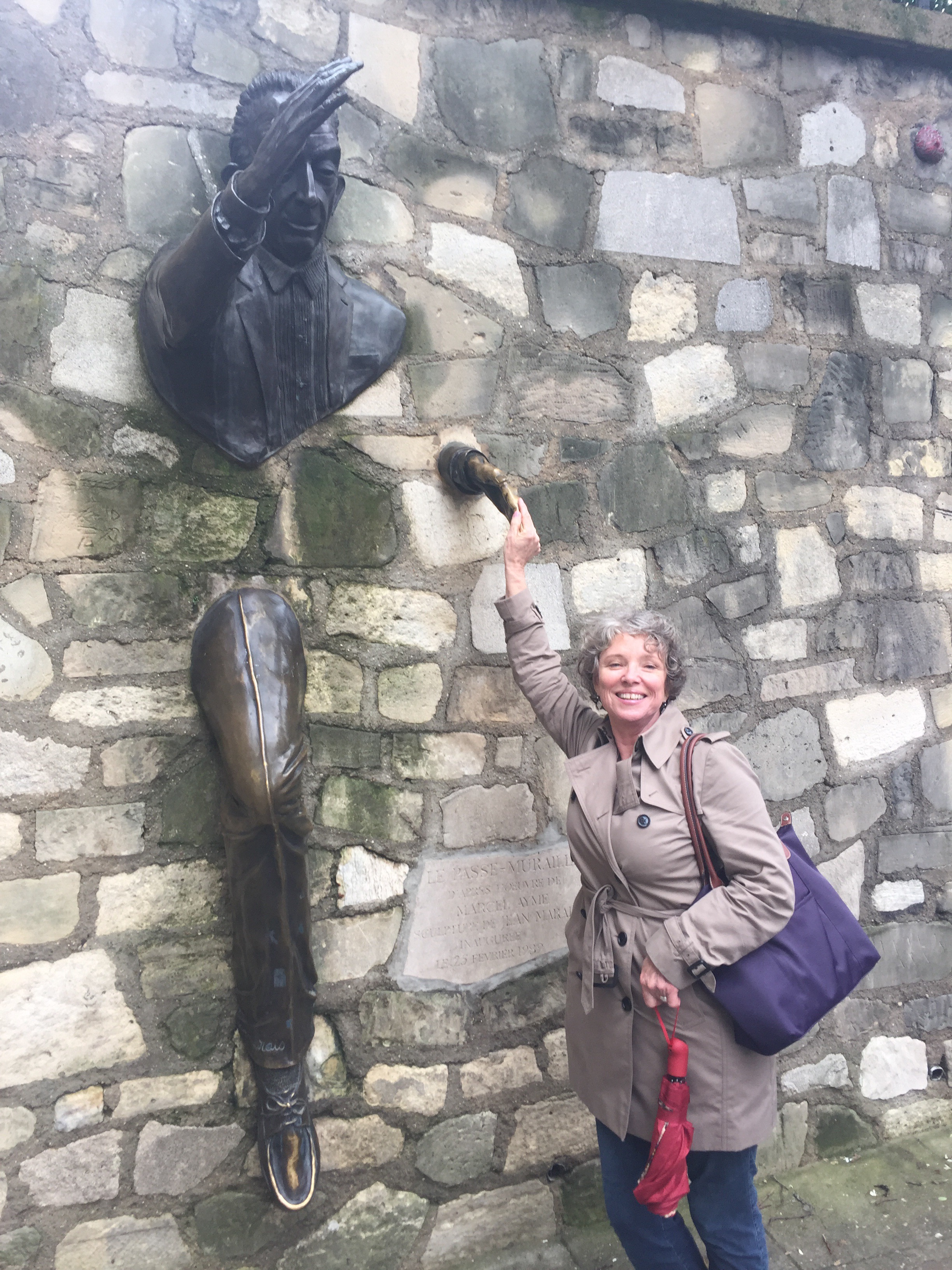 More from quirky Montmartre. OK so it may not be Rodin but this – can we even call it a statue? – has quite an impact and clearly has attracted its share of fans since its first appearance back in 1989 judging by his burnished left hand – the suggestion that touching those long extended fingers dispels “writer’s block” may have something to do with it!  His name is M. Dutilleul , a character in a science fiction story by Marcel Aymé published in 1943. Although otherwise a nonentity, Dutilleul discovers that he has the rare gift of being able to walk through walls, a gift he uses to hilarious effect until one day while escaping from an irate husband whose wife he had been “visiting” something goes wrong  – “Et Voilà” as the the French say, here he is, stuck for eternity! Poor Dutilleul.